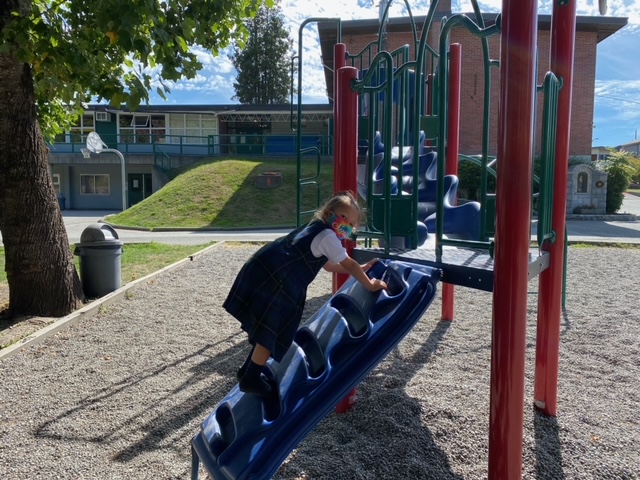 THE CONSEQUENCES OF OUR CHOICES

I once heard a quote at a basketball camp spoken by a coach, “You are free to make your choices but you are not free from the consequences of your choices.” The moment I heard it I was impacted by the universality of the statement. The actual quote comes from Ezra Taft Benson and is slightly different, “You are free to choose, but you are not free to alter the consequences of your decisions.”

The reason why this quote has impacted me is because its truth is everywhere. Want to eat unhealthy food? Have as much fast food, pop, chips, and sugar as you want? Sure. But you need to know that your future self will be unhealthy and sick – you will not be able to escape the consequences. Want to be a selfish basketball player and never pass the ball? Ok. But you better be aware that your teammates will eventually come to dislike you and not want to pass you the ball. Want to cheat on your homework? Be aware that you might just fail the test.

Each day we make choices. Some good, some not so good. Hopefully more to the good than the bad. What we must do, is train ourselves and our children, to think about the consequences of our choices.

Last night, one such opportunity presented itself to me as a dad. My son, did not want to go to his rugby practice as a form of protest for getting in trouble at the dinner table. Despite the fact that he loves rugby, he was going to try to sabotage the evening. Perhaps some parents reading this might identify. He even started to say that his foot was injured (despite him running around the house just 10 minutes prior). I told him that he was going to go to practice and tell his coach why he couldn’t practice. He didn’t like that but I was insistent. I was not going to be the one to speak to the coach. Once in the truck, I told him that if he was too hurt for his practice that I would support him but there would be some natural consequences. First, I would have to write to his teacher that he could not do PE or play outside at recess as his foot injury would not allow it. The truck fell silent. He knew that I meant it. I assured him that I would write the email that evening. He then said, “so you want me to do rugby and play hurt?” I told him that he was in control. I assured him that the decision was all his. I told him multiple times that I would support his decision either way. But he had to accept that there were going to be consequences for his decision. When we got to the field, he put on his cleats and joined the practice. He sprinted in the games and was perfectly fine. I firmly believe that once my son understood that the choice was his and what the consequences were, especially the idea he would have to sit out PE and recess, he then accepted responsibility and made a choice he could live with.

None of this is easy though. It is hard to think ahead about consequences. For children, even harder. But we need to look for the moments in which we can teach our children the power of choices and consequences.

PARKING LOT - NO PARKING IN DROP OFF LANE

We have had several parents park and leave their car in the drop off lane. This stops the flow of traffic and creates havoc in our parking lot. The drop off lane is next to the cones when you come in the driveway (in the picture below it is the long white arrow). Please do not park there. If you need to park and leave your car, please park in the designated areas by the grass field and basketball hoops.

The following items are part of the Patriots Spirit Wear:

When will the next Patriots order be? Currently, uniform companies are very busy with fulfilling uniform orders. We will do a Patriots order at the end of September. We only do one order a year (only if there is enough demand do we do a second order in the Spring). With the exception of the PE strip, these items are not available on the Cambridge website. It is a one time special order. Please watch for this order in the newsletter at the end of September.

We will be doing a virtual Meet the Teacher night on September 23, 2021. We are unable to host all of parents for one night so instead our teachers will create video presentations that will be shared with parents. Parents can then watch these video presentations at their leisure. As always, if you need to have a meeting with your child’s teacher please email them to set up an appointment.

Volleyball season is upon us. Forms were given to students in Gr. 5 to Gr. 7. We are able to host practices and to play against other schools according to the guidelines set forth by ViaSport. In consultation with the CISVA Elementary Athletic Commission, games will be hosted without parent spectators. This is to reduce crowding and we are proceeding with sports in a cautious way in hopes that competitions may continue with other sports such as Basketball. If you have any questions about Volleyball please contact Mr. Campanile.

The CISVA Cross Country Directors have put in some measures to limit crowding and reduce numbers:

Students at St. Jude School were made aware of Cross Country starting. If you have questions please email Mr. Campanile.

Our Kindergarten students are participating in a gradual entry program where they can become familiar with their teachers and classmates. It can be an overwhelming experience for many. Given that Covid19 affects a lot of preschools and programs, the gradual entry program is incredibly beneficial. Our staff does a great job and welcoming the students, teaching them routines, and ensuring that they feel comfortable and safe at St. Jude School.

In August, school administrators were informed that we needed to transition from a Covid19 Plan to a Communicable Disease Plan. Last week, I communicated some of the changes in my newsletter. I would like to prioritize 3 main things for you in order to keep our staff and students as safe and healthy as possible:

This year we are offering the following:

Participating in hot lunch is completely optional and you can participate as much or as little as you would like to.

Please be aware that we use Munchalunch for all of our ordering. This program ensures that orders are accurate and you can pay online.

New parents will need to follow this link to order hot lunch: https://munchalunch.com/schools/StJude

Thank you to our Hot Lunch Parent coordinators for making this possible.

A valid Criminal Record Check (CRC) must be on file for parents who will be volunteering in our school in any of these parent participation categories:

For existing families:  the office will email you if your CRC is expiring or expired.

New families:  If your parent participation involves any of the above, you will need to complete a Criminal Record Check as soon as possible.  This check is free and can be completed online. Simply click on the link below and follow the on-screen instructions. You will need to enter the Access Code to be identified as a volunteer at St. Jude School.

In 2018-19 St. Jude School cancelled its contract with Neat Uniforms. In 2019-2020 we introduced our new Cambridge Uniforms. Notable changes were made to the PE strip and we made changes to our polo shirt and school sweaters. We also added a sweater vest and we added a Patriots Spirit Wear. In 2019-2020 we announced that families would have 2 years to transition to the new Cambridge Uniform.

We understand that this may cause you a financial hardship if you need to replace all the items. If this is the case, please contact Mr. van der Pauw so that a win-win solution can be had.

We also understand that it may take some time for families to get the correct items from Cambridge Uniforms as this is the busiest time of the year for uniform stores. As such, we will give families until the end of October to be in compliance. Those families who need more time are reminded to contact Mr. van der Pauw.

We currently have the following items available for sale in our Consignment:

If you would like uniform items to be sold in consignment, they must be in good to excellent condition. They need to be the current uniform and not the old one. You will need to set a price and fill out a form. Please contact Mr. van der Pauw if you would like an item to be sold. From time to time we will post what is available for sale in consignment.

Morning drop off routine will be similar to last year. Classroom doors will open at 8:30 am (a tone will signal that doors will open). Students have until 8:40 am to arrive at school without being considered late. At 8:40 am the tone will sound and teachers will usher students in and then shut their doors. Students arriving after 8:40am are considered late. They will need to come to the front office as we do track lateness.

Primary students will need to be escorted by their parents to their classroom exterior doors (faces East 15th). Many primary parents understandably park along East 15 in the morning to cross the street and drop off their child. I ask that you ensure you obey city parking signs that say no parking and exercise caution when crossing the street due to increased car traffic. However, parking in the lot and walking your child to the grass area outside their classroom door is a great way to get in some steps 🙂

September 30 – National Day of Truth and Reconciliation – NO SCHOOL

You can subscribed to our school calendar here.