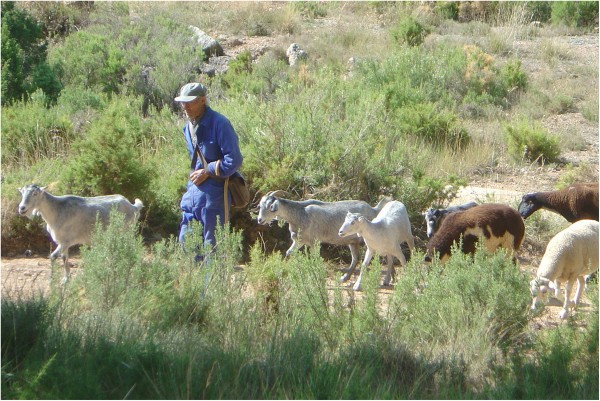 In 2008, my wife and I walked the pilgrimage route known as “the Camino” or “the Way.” We journeyed for 30 days across Spain, walking approximately 750 kms from Pamplona to Santiago de Compostela. While it has been slightly more than 14 years since completing the pilgrimage, there are lessons that I still find myself reflecting on.

I can recall one day we were walking along countryside in the hills of Northern Spain when we heard a cowbell being rung in the pastures along the path. The morning was foggy so initially it was difficult to make out where the cowbell was coming from. Walking along further, the bell became louder and finally we saw its origin; a man walking with a flock of sheep was ringing the bell.

Growing up in Maple Ridge and Pitt Meadows means I have seen my share of farms but never had I seen a man walking with sheep. The man was not dressed like a biblical shepherd. Rather he was wearing blue mechanic overalls with rubber boots. Nevertheless, he was walking among the sheep. There were sheep in front of him and behind him. He was quite literally in the midst of the flock. That image is as clear in my mind today as the day I saw it.

Seeing that man walking with his sheep crystalized for me the image of the Good Shepherd. It was no accident that Jesus chose a shepherd as an image for his followers. For Jesus walks in our midst. He accompanies us on our journey. Like a shepherd calling his flock, Jesus calls us through his teachings to follow him. But we need to listen in order to hear it.

The sheep follow the shepherd because they trust that the shepherd will lead them out of danger. When walking past the man shepherding his sheep, I did not see him dragging sheep or yanking them along. Rather he was just walking with them and ringing the bell so that they would hear him and could follow him.

Similarly, we are not forced to follow Jesus. We can go our own way and the choice to follow Jesus has always been ours to make. In examining the path Jesus lays out for his followers, I can say with confidence that it is a path that leads to better outcomes. It is a path that celebrates the dignity of all life, teaches gratitude and forgiveness, models compassion, accepts suffering, prays for others, and brings joy. And while it may be a challenging path at times, I am confident that the will of God nevers takes us to places where the grace of God will not protect us.

This is a reminder that Monday is a Non-Instructional day for all schools in CISVA. This means that all programming (sports, after school club, Mandarin class) are cancelled for this day.

There are some important operational procedures that parents of the Patriots Club (After School Club) need to follow:

6:00pm – Gather in the gymnasium – coffee (decaf and regular), tea, and pastries will be provided

* Session 1 and Session 2 are repeat sessions. We offer two sessions so that parents with multiple children in our school can attend multiple sessions. If you only have 1 child in our school then you only need to attend the 1st session.

* Meet the teacher night is not the time to try to have a conference with your child’s teacher. The purpose of this evening is for the teacher to provide parents  with an overview of the curriculum, present to parents their classroom expectations, and to outline how your child can have a great year.

* While we understand that finding childcare may be difficult, we strongly recommend that children do not attend as it can be boring for them and they can grow restless and distract others

There are several important reminders that are worth mentioning regarding emails and school.

Thank you for helping us keep email an effective communication tool.

Please note that there has been a very small price increase. You can read more below.

Description of Club: Will run daily Monday-Friday 3:00-6:00 p.m. It will also be in operation from 12 noon to 6 PM on Curriculum Planning (early dismissal) days. It will not operate on professional or conference days or holidays. Students will engage in games, arts and crafts, reading/homework, and outdoor play.

I would like to remind families of the following uniform rules:

All hot lunch orders are completed online using Munchalunch. Orders must be completed at least 1 week in advance.

To subscribe to our calendar feed copy the link below and paste it into your calendar app:
https://stjude.ca/events/?ical=1&tribe_display=month

– Select Province, then City, then School

REFER A STUDENT AND GET REWARDED

This past year we handed out $1200 in rewards to parents that referred students to our school. Every student that is referred and enrolls in our school for the year results in a reward of $200 for the the referring family.

We currently have spots available in Kindergarten, Gr. 1, and Gr. 2.

To learn more about the referral program, please click here.

We have some extra cardboard moving boxes from U-Haul in sizes large, medium, and small in the downstairs space of the school. If you are in need of some boxes feel free to approach the teacher on duty before school starts or immediately after school has ended. Boxes are free and first come, first serve.

Sept 30 – National Day for Truth and Reconciliation – No School