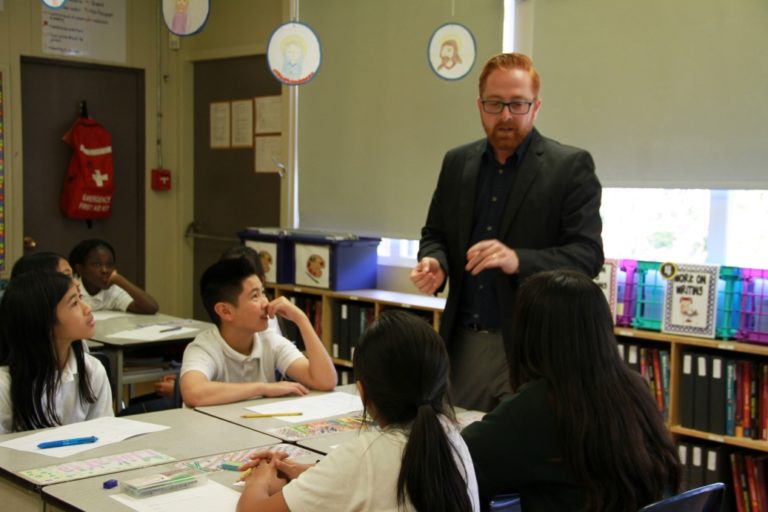 Mr. Chris van der Pauw is passionate about student engagement and learning. Over the years, he has been involved in coaching basketball, running a chess club, organizing ski trips and kayaking trips for students, sponsoring a robotics club, and helping with sports such as soccer and track and field. He believes that providing students with educational experiences outside the classroom is as important as providing children with a strong foundation in literacy, numeracy, and Christian Education. He is excited to be a part of the St. Jude School community and looks forward to working with teachers, students, and parents. 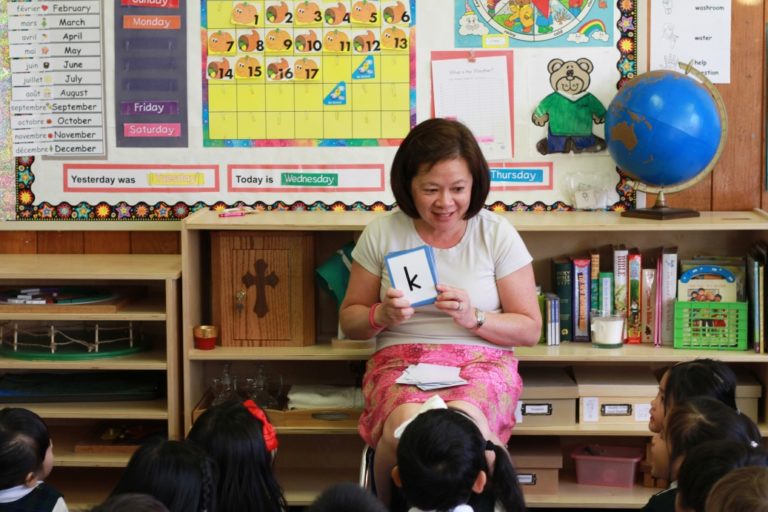 Mrs. Sue Ann Wong has worked in our CISVA system for over 20 years in the Intermediate and Primary classrooms as well as in the Resource Centre. She has been at St. Jude School for 10 years as one of our Kindergarten teachers. Mrs. Wong received her Bachelor of Education degree from UBC. She loves traveling, reading, skiing and playing volleyball. 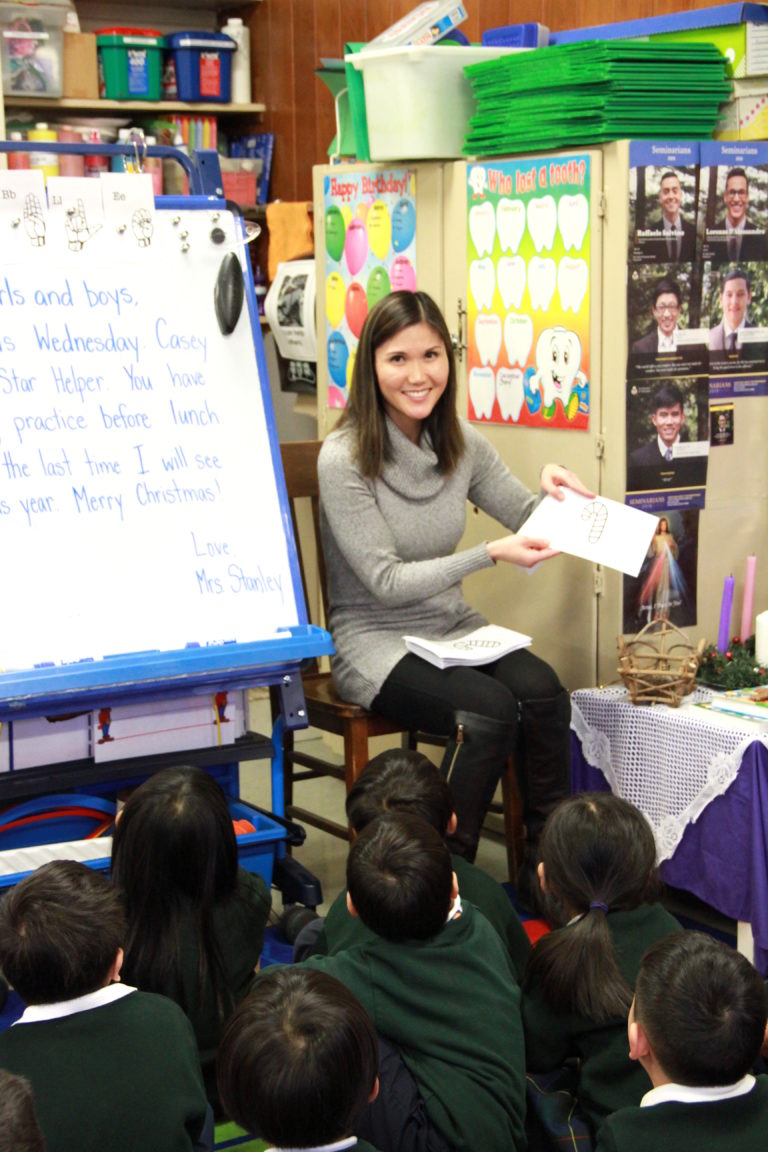 When the student becomes the teacher; the circle is complete.

Having been a St. Jude student herself once upon a time gives Mrs. Stanley the ability to relate to students on a personal level and is a unique perspective she brings. Of course, when it comes to early childhood education and development, Mrs. Stanley has a wealth of experience in her own right. Not only did she graduate with a dual degree from UBC (a Bachelor of Education and a Bachelor of Arts in English), she has the pleasure of raising four young children of her own; the two oldest being current St. Jude students themselves. Dedicated and passionate, Mrs. Stanley has been teaching at St Jude for 12 wonderful years now and who knows… maybe one day she’ll have the privilege of inspiring students to be teachers at St. Jude themselves. 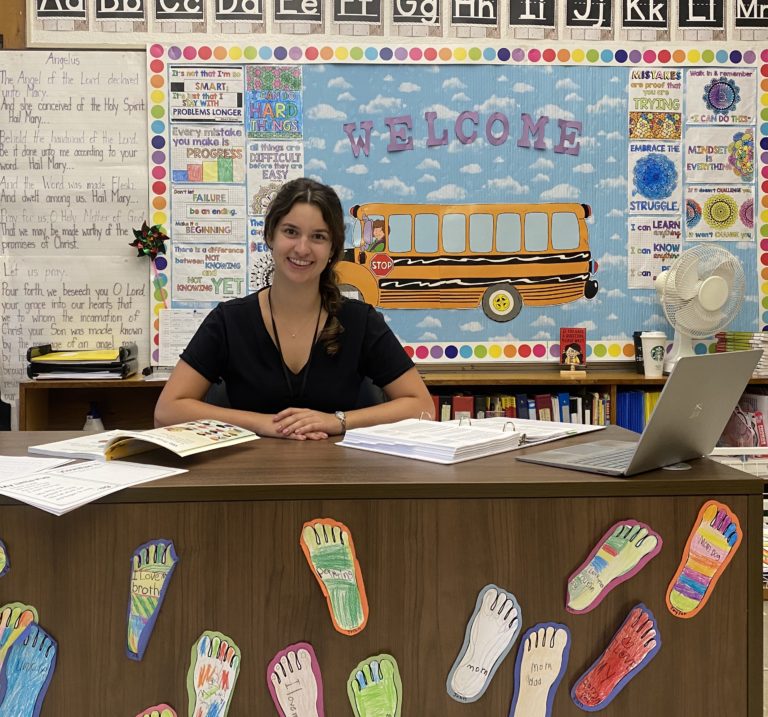 Ms. Glinsbockel was born and raised in Burnaby, where she attended a Catholic Elementary and High School. Ms. Glinsbockel has recently completed her Bachelor of Arts in Theology and Culture, and Bachelor of Education. She is now excited to work and teach at St. Jude School. Ms. Glinsbockel loves reading, writing, being outdoors, and painting/drawing. Also, she is passionate about animals, traveling, social and emotional learning, and her relationship with God and the school community. 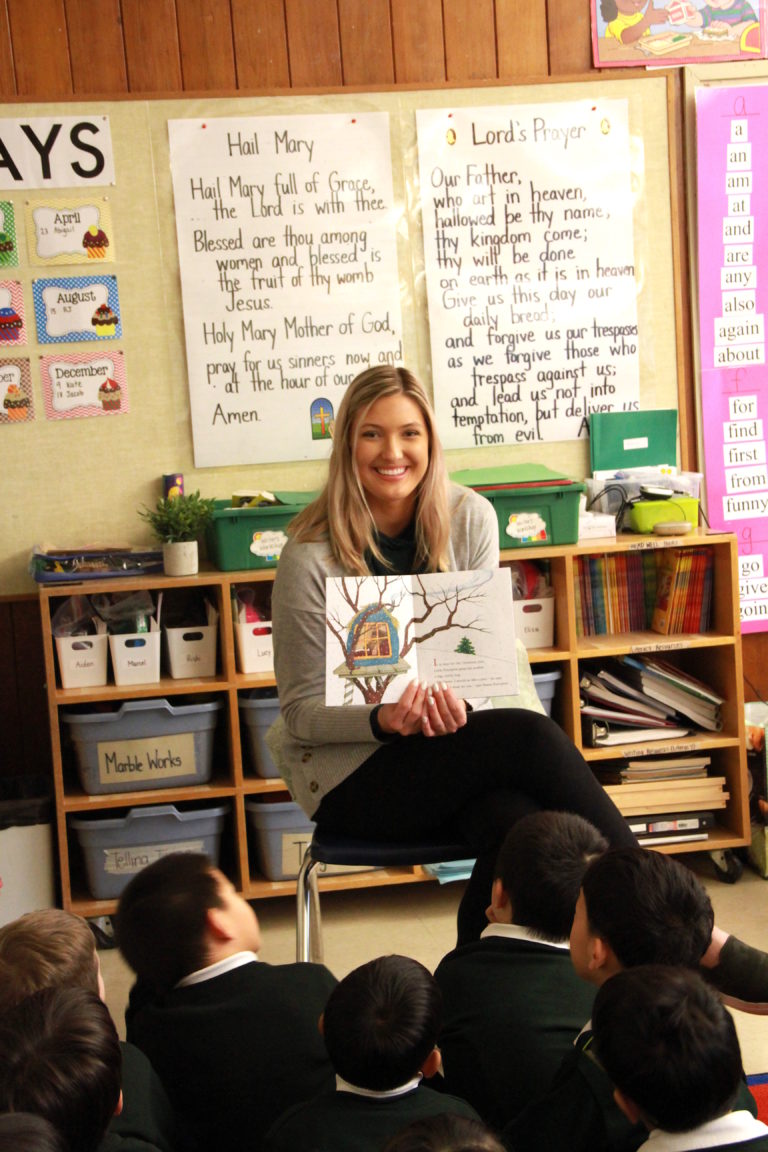 Miss Handy is excited to be starting her second year as a teacher this year at St. Jude School. She comes all the way from Sarnia, Ontario but has been enjoying Vancouver and all that it has to offer. She graduated in 2019 with a Bachelor of Science in Elementary Education from the University of Vermont where she also played NCAA Division 1 Basketball. While attending University, Miss Handy interned in a Kindergarten, Grade 2, Grade 4 and Grade 5 class. Miss Handy loves music, writing, coaching and being in the outdoors, especially the beach or hiking! She is also very passionate about animals, mental health, equitable education and her love of God. Last year, Miss Handy taught Grade 1 at St. Jude, but this year she is looking forward to helping each of her students in Grade 2 prepare their First Confessions and their First Holy Communions.

Ms. Carolyn Dostal comes to St. Jude School after teaching Grade 2 and 3 at St. Mary’s School in Chilliwack for the past four years.

Ms. Dostal is a graduate of Simon Fraser University having earned a Bachelor of Education and a Bachelor of Arts. Ms. Dostal is deeply committed to God and the Catholic Faith. She strives for excellence in the development of her students to their full potential. Her goal as a Catholic educator is to develop Christian leaders, responsible citizens and life-long learners.

In her time away from school, you might find Ms. Dostal tearing up the bike tracks as she used to be a Pedalhead instructor in Vancouver. 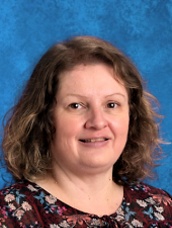 Mrs. Sonia DiFonzo graduated from UBC with a Masters Degree in Education as well as a diploma in Language and Literacy Education. She has taught overseas in Glasgow, Scotland where she earned her postgraduate degree in Education at the University of Strathclyde. She is originally from Ontario where she earned her undergraduate degree at McMaster University in Sociology and graduated Summa Cum Laude. Mrs. DiFonzo has taught in schools near Ottawa and has taught a variety of grade levels at both Catholic and public schools. She has been teaching with the Catholic Independent Schools of the Vancouver Archdiocese for the past 20 years. Mrs. DiFonzo is passionate about teaching students the Catholic faith and is very excited about teaching grade 4 at St. Jude’s. She enjoys practicing her faith, taking long walks, cooking, reading, traveling and spending time with her family. 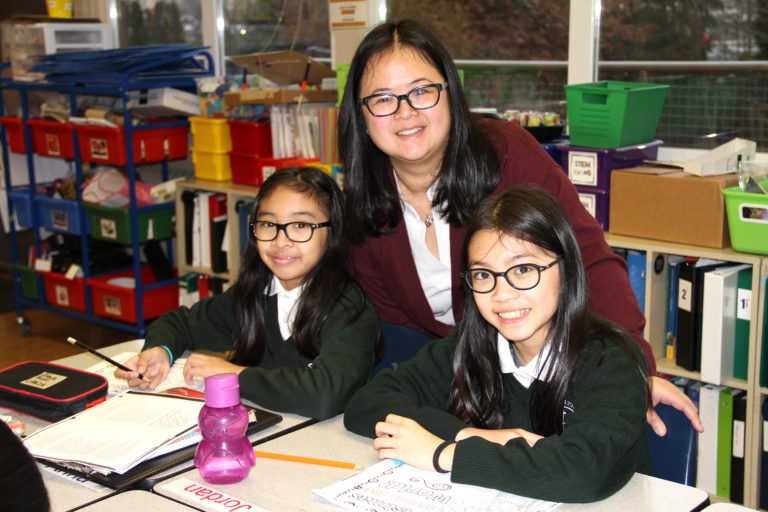 Mrs. Angela Chao graduated from UBC with a BA in English Literature before moving to Japan for two years where she taught English in four different junior high schools. Living in Japan was an amazing cultural experience and taught her many valuable life lessons such as patience and understanding.

After staying home to raise her three children, she returned to St. Jude in 2014 to teach part-time in the Gr. 5 class and then in Kindergarten. Angela has not only been a classroom teacher for many years, but she has also been a specialist teacher, teaching French for Kindergarten to Gr. 7 (2015 – 2019). As a lover of languages, the next languages Angela would like to learn are Filipino and Italian.

She is excited to return back to the Gr. 5 classroom full-time and to share her passion for reading with her students. 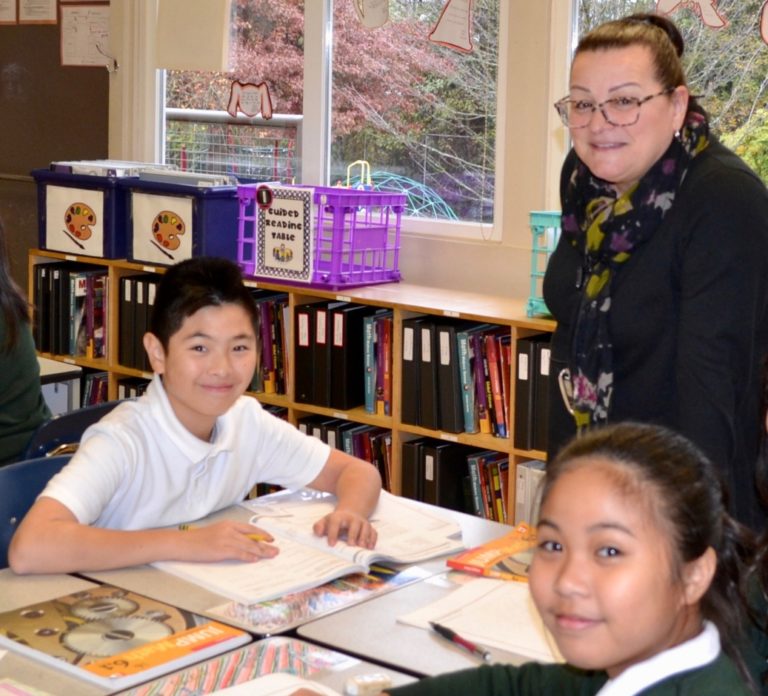 Ms. Corea is one of the veteran teachers on staff, having over 18 years of experience. She is committed to facilitating a learning environment that emphasizes a love for learning in a Christ centered setting.

From a young age Ms.Corea knew that she wanted to become a teacher because she enjoyed serving others. She has a love for teaching Language Arts, Science, and Art Education. Her true passion is in the arts and she takes every opportunity to embed the arts into her teaching; she is enjoys finding ways of making the classroom lessons stimulating and exciting.

Over the years, Ms. Corea has thoroughly enjoyed collaborating with her dedicated co-workers and assisting the administration to drive school initiatives. 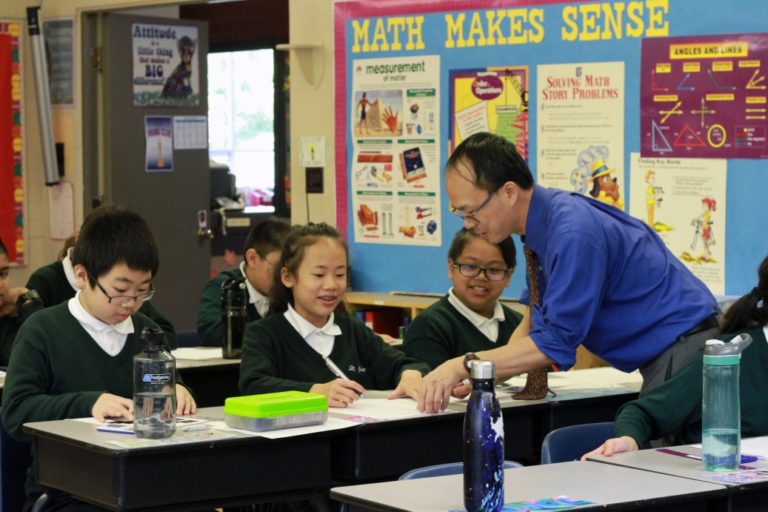 Mr. Mow is currently in his 1st year of teaching Gr. 7 at St. Jude School, after spending 9 years as the Gr. 4 teacher and another 1 1/2 years as the Gr. 6 teacher, with Religion and Math being his favorite subjects to teach; as well, he enjoys being a part of the school’s extra-curricular activities, especially in sports. In addition to a Bachelor of Education degree, he holds a Bachelor of Arts degree in Psychology and Sociology. Prior to becoming a teacher, Mr. Mow was pursuing a career in youth counselling, having had previous volunteering experiences with one-to-one mentoring troubled youths and tutoring inside the youth prison. Mr. Mow enjoys sports (he is a die hard fan of the Vancouver Canucks, with a stellar collection of the team’s jerseys); also, he enjoys eating sushi, spontaneously singing random songs and quiet evenings of reading (as of Oct. 2018, he is working [slowly] on Confessions by St. Augustine). 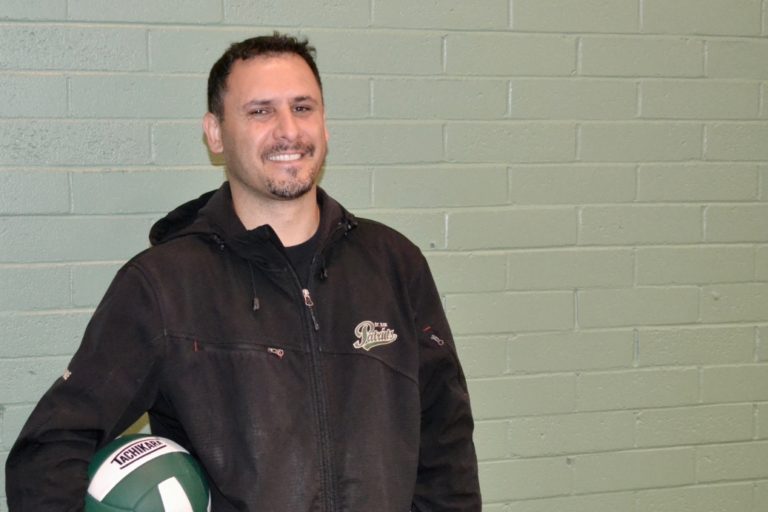 Mr. Campanile (Mr. C) has been teaching for 15 years. He taught grade 5 for 1 year at St. Patrick’s Elementary, 4 years at St. James and St. Ann’s Elementary as a PE teacher and he is in his 10th year at St. Jude School teaching Physical Education. Mr. C studied at SFU and received his BA with a major in History and a minor in Theatre Technology. He is married and has an 11 year old son. 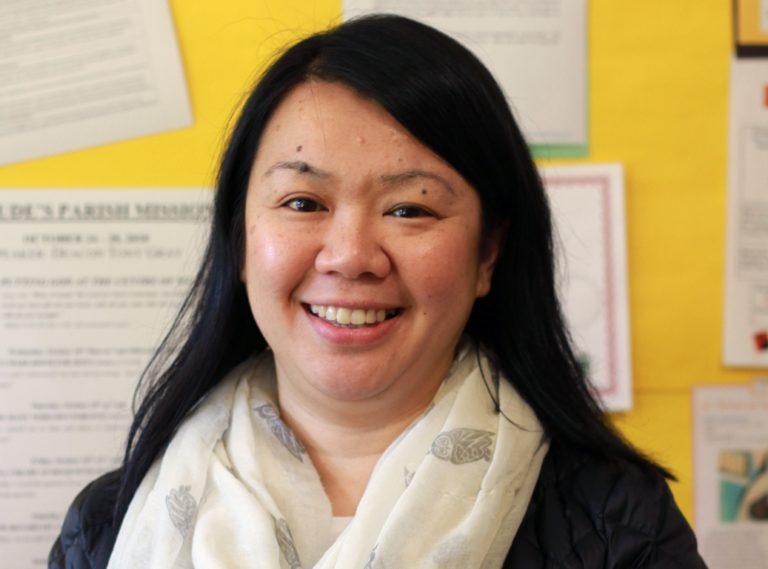 Ms. Irene Goh is in her second year at St. Jude School. Previous to taking the Secretary position at St. Jude School, Ms. Goh worked for Desjardins Insurance. Her background with Desjardins Insurance is an asset to the school. Ms. Goh brings to our school a positive and upbeat spirit. She is known for her welcoming personality and her infectious smile. Ms. Goh’s children attend Corpus Christi Elementary, where she also serves on their Parish Education Committee as Secretary. During winter, you might see Ms. Goh snowboarding on the slopes of our local mountains. 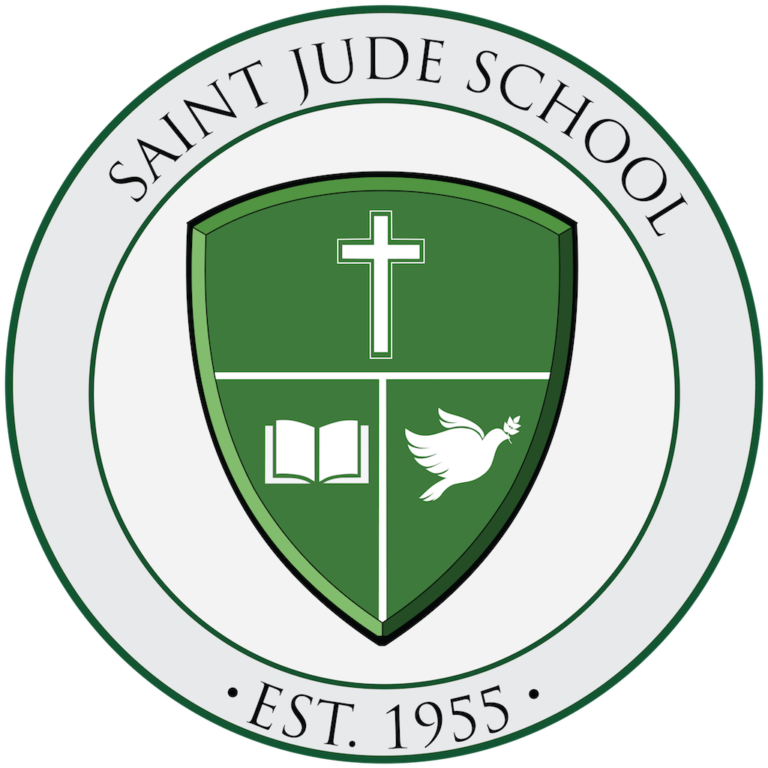 Mrs. Kim Pham is new to St. Jude School having started in July 2021. Mrs. Pham has three children and has years of experience in bookkeeping. We are excited to have Mrs. Pham join our team at St. Jude School. 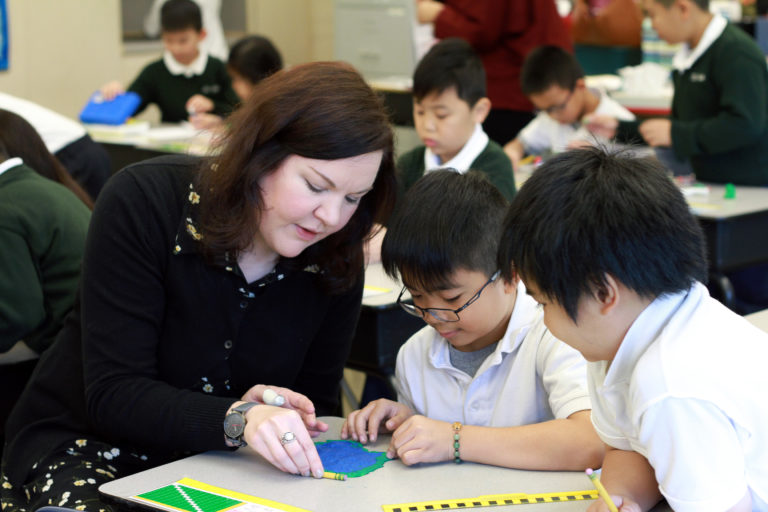 Miss Smillie is so happy to be entering her third year at St. Jude School. She is the oldest of a large Catholic family and has attended Catholic schools all her life. She grew up in Helena, Montana and graduated high school with honors from Andrew School. She then went on to receive her B.A. from Carroll College where she graduated Summa Cum Laude. Prior to teaching at St. Jude School, Miss Smillie has taught in schools all over! She has elementary experience from schools in Utah, Montana, and downtown Vancouver. She looks back fondly on her time spent teaching English in a school in China. Miss Smillie is extremely passionate about the Arts and enjoys co-leading the Patriots Drama Club. When she isn’t at school, catch this teacher on the ice–where she curls in a local curling league! 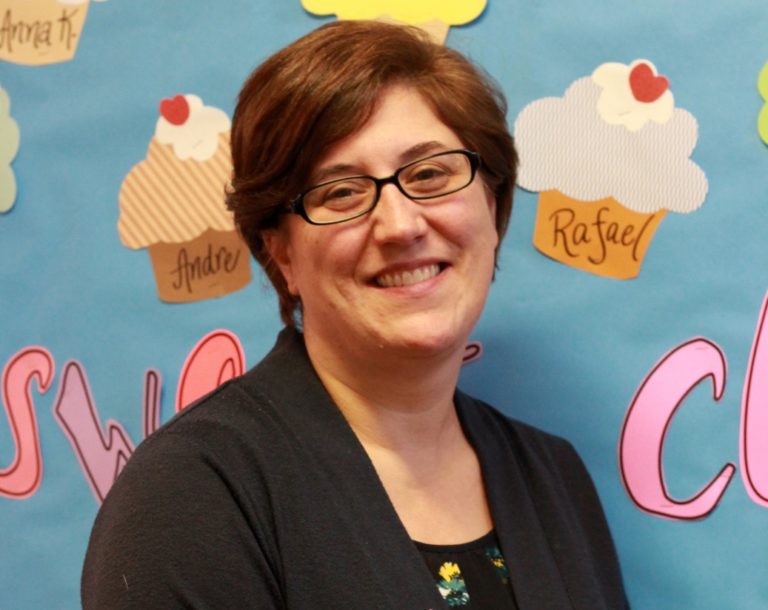 Mrs. Collins has been a teacher for the past 20 years. A graduate of the University of British Columbia and Simon Fraser, she began her academic career right here at St. Jude School a very long time ago! She has taught a variety of grades over the years and she is now moving into a new position as Music Teacher and Reading Recovery Specialist. Her expertise in both fields will serve the community of St. Jude School well. 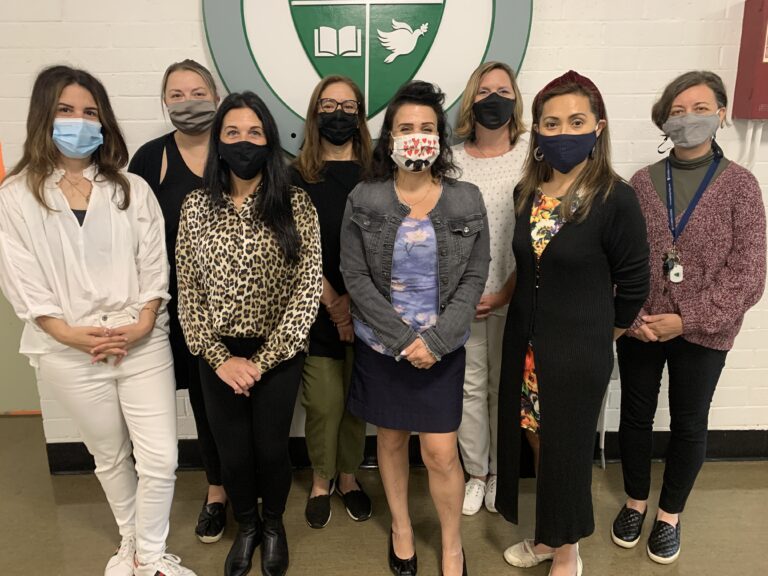 At St. Jude School we work hard to support our students with special needs. Our talented group of Educational Assistants are dedicated individuals who work alongside teachers to deliver the educational programs to students. Our Educational Assistants have a range of experience and expertise that they are able to utilize in ensuring student success.

Miss Nicole Hombrebueno is a former student of St. Jude School and she has brought joy to our After School Club. Miss Hombrebueno is an actress, a model, and a sports fan. She likes to play golf and enjoys working with our students. Her family is connected to the Parish of St. Jude School and we are pleased to have her be a part of our school team.