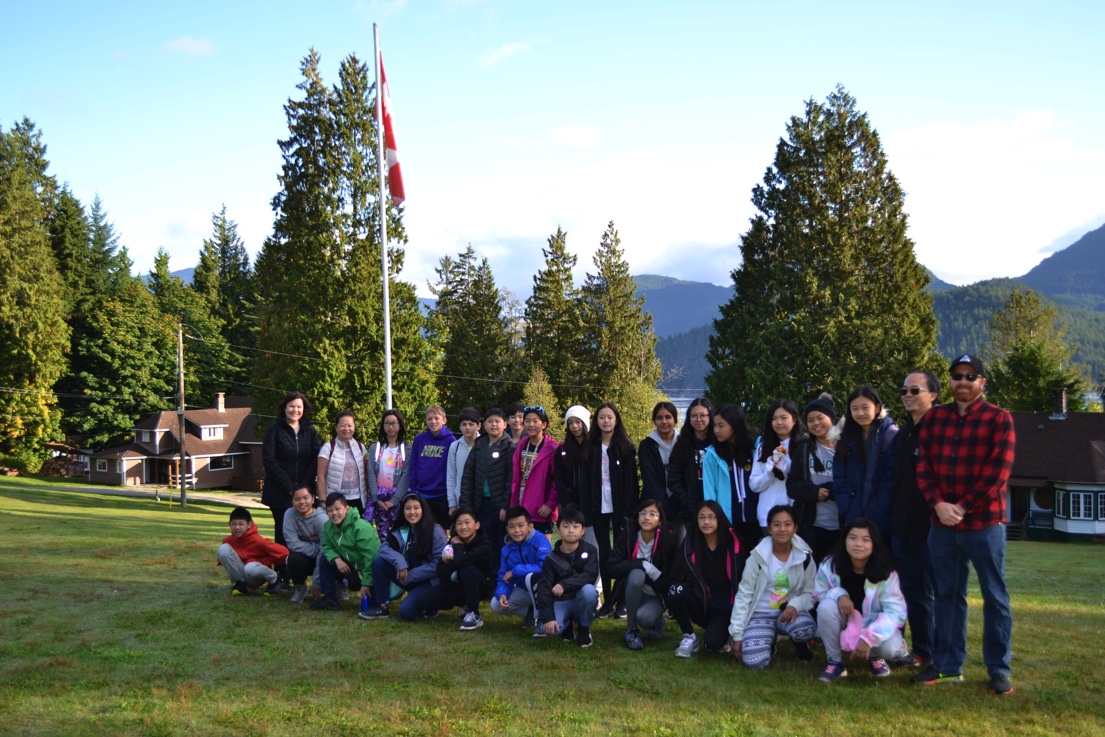 “The star of the team is the team.” – John Wooden

This is a quote I would like all our teams to live by. All too often we get caught up in who is the best player, who scored the most points, who is the MVP, who is the All Star, and so on. In professional sports, not all athletes are role models for our children. Some are more concerned about their own stat lines than about being a good teammate. Unfortunately, this mentality can trickle down to our youth sports. We have all seen young athletes trying to show off and imitate the pros they see on TV. As parents, we have a duty to educate our children in how to be a great teammate first. Individual accolades are not as important as the team doing well.

Yesterday, I spent the afternoon coaching the Gr. 7 Girls Volleyball team as they took on OLS. One of our goals this season is placing emphasis on the importance of honoring the team as a whole. One of the ways the girls do this is by coming together as a team after each point. Initially, it took them a while to remember to do this, but slowly this ritual became more automatic–and the girls started to play more like a team as a result. Their playing improved and they won both games. After the game I reminded the students that “star of the team is the team.” One of the players said, “That’s a really good quote.” It is a good one, and one that we should all try to live by. Go Patriots!

We are in the process of finalizing prices for the 2019-20 order of Patriots Spirit wear. Sweatpants, hoodies, and a long sleeve warm up shirt will be available for ordering. We will also have sizes on site for your children to try. Please watch for the forms next week.

PATRIOTS BASKETBALL IS COMING TO GRADE 2 & 3

With the direction of Mr. Randi Velasquez and Mr. Chris van der Pauw we will be starting basketball clinics for Grades 2 and 3 students. We are opening up 20 spots to boys and girls in Gr. 2 or Gr. 3. The practices will run on Fridays from 3:00 – 4:15pm. We will focus on skill development and keeping things fun for the players.  The following dates have been booked:
October 11
October 18
November 1
November 8
November 15
December 6
January 10
January 17
January 24
February 7
February 28
March 6

If you would like your child to participate please send in the completed permission form right away. The permission form can be accessed by clicking here. The first 20 registrations received will be accepted. Other registrations will be wait listed. If you know your child will only make some of the days above please do not register as you will potentially be taking the spot of a child who could attend all of the sessions.

DRIVING TO AND FROM SPORTS GAMES

Teachers have been advised by Catholic Mutual (our insurance provider) that it is not good practice to drive students. We therefore need parents to coordinate rides among one another so that children are able to get to and from sports venues. It is the parent’s responsibility to find rides for your children. Please help each other out so that our staff is not faced with having to tell your child that they cannot attend the game due to a lack of rides.

The Grade 7 class had 3 wonderful days at Camp Elphinstone. The days were filled with physical challenges and opportunities for group and individual growth. After a long day of excitement, we gathered together as a community to celebrate mass. The students showed exceptional support for each other and grew together as a class. I witnessed their camaraderie and enthusiasm first hand as they kayaked and canoed, climbed the rock wall, participated in archery, and competed in iron chef. On behalf of the school I wish to thank Fr. Jun, Mr. Mow, Ms. Smillie, and Mrs. Wong for attending the Outdoor Education.

Below are some images from camp:

The Cross Country season is over, having wrapped up on October 2nd with the CISVA Cross Country Championships. The weather cooperated and the students did well competing in the event held at Swangard Stadium. Below are some of the images captured that day:

Category placements are complete. If you are participating and have not been contacted, please contact Ann Tang, the Participation coordinator at eparticipation@stjude.ca or at 604-803-3823. Please remember to use the online reporting form to record your hours as this is the only way you will receive credit for hours worked. You can go to the St. Jude website at www.stjude.ca, click on the Parents tab and then click on Parent Participation Online Reporting.

We are looking to fill the following Supervision positions. Please contact Ann Tang if you are available to help with any of the shifts below.

St. Jude Parish will be celebrating their 75th Anniversary this month. For this important occasion, there will be a Mass on October 28th at 4pm. Following the mass, there will be a formal reception at 6pm hosted at the Hilton Metrotown. Tickets are $125 each. The parish is looking for door prizes, sponsorship, and donations. Please contact Richelle Akol or the Parish Office if you have questions or are able to assist in any way. Tickets can be purchased through Richelle Akol.

RCIA (Rite of Christian Initiation of Adults) runs Thursdays starting at 7:00pm and finishes at 8:30pm. RCIA is led by Fr. Jun and the St. Jude Parish RCIA Team. The program is free and it is open to all including Catholics and non-Catholics who are interested in learning more about the faith. Please contact the Parish office for more information.